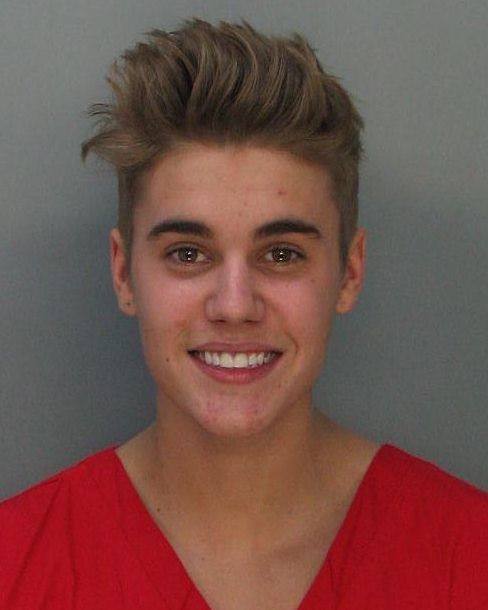 The photo above was just released by the Miami Beach Police.  Justin Bieber was arrested early this morning by law enforcement.

Bieber was arrested for drag racing and DUI, according to the story.