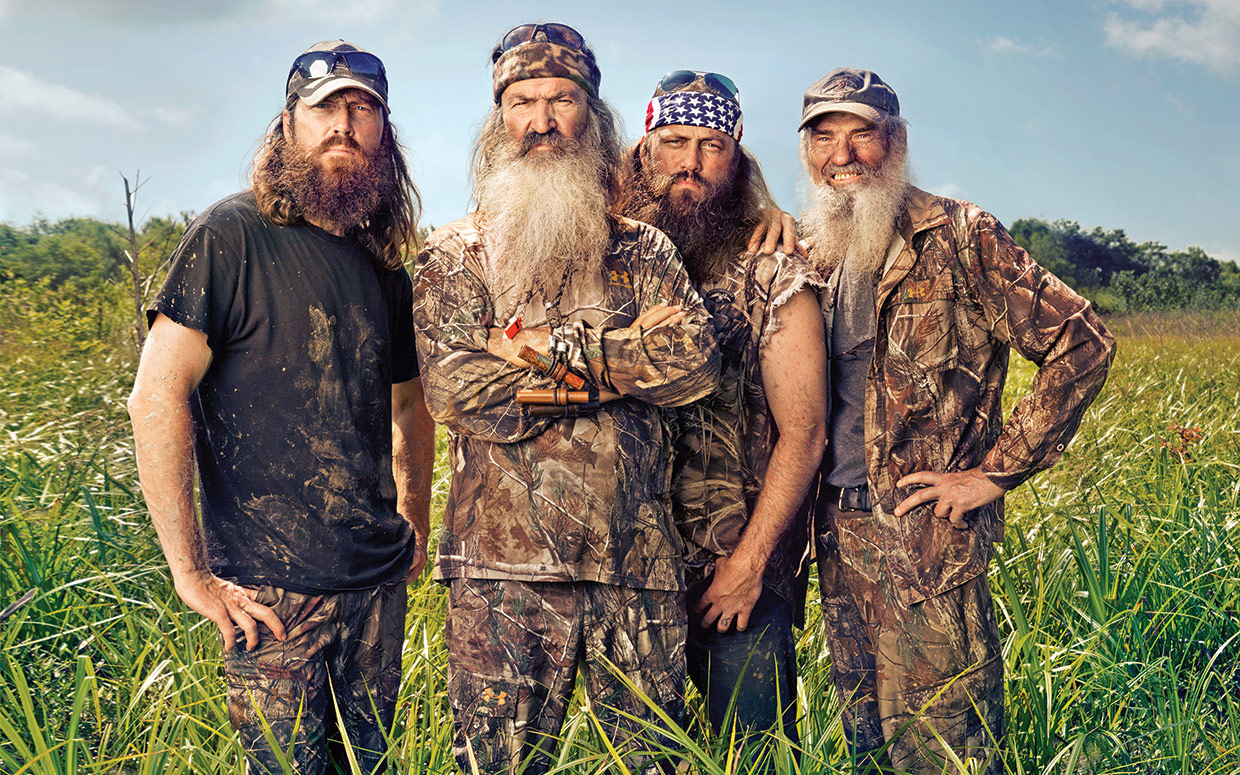 The crew from Duck Dynasty released the following statement only a day after the fall out from dad Phil Robertson’s comments regarding his beliefs on homosexuals in GQ Magazine.

On Tuesday their network, A&E, announced they had indefinitely suspended Robertson from the popular television show, ‘Duck Dynasty.’

We want to thank all of you for your prayers and support. The family has spent much time in prayer since learning of A&E’s decision. We want you to know that first and foremost we are a family rooted in our faith in God and our belief that the Bible is His word. While some of Phil’s unfiltered comments to the reporter were coarse, his beliefs are grounded in the teachings of the Bible. Phil is a Godly man who follows what the Bible says are the greatest commandments: “Love the Lord your God with all your heart” and “Love your neighbor as yourself.” Phil would never incite or encourage hate.We are disappointed that Phil has been placed on hiatus for expressing his faith, which is his constitutionally protected right.We have had a successful working relationship with A&E but, as a family, we cannot imagine the show going forward without our patriarch at the helm. We are in discussions with A&E to see what that means for the future of Duck Dynasty. Again, thank you for your continued support of our family.