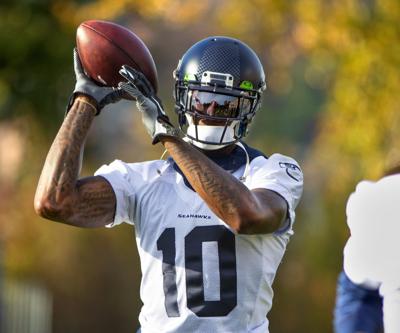 Josh Gordon was on the field for the Seahawks Week 10 win over the 49ers. While adding two key third-down catches, Gordon produced a two catch 27 yard night.

The Seahawks used Gordon on 28 of their 74 offensive plays on Monday night but a contusion suffered by Tyler Lockett almost assures Gordon’s plays are increased going forward.

With the Seahawks off this coming week, Gordon has plenty of time to get more familiar with the playbook ahead of a match-up with the Eagles.