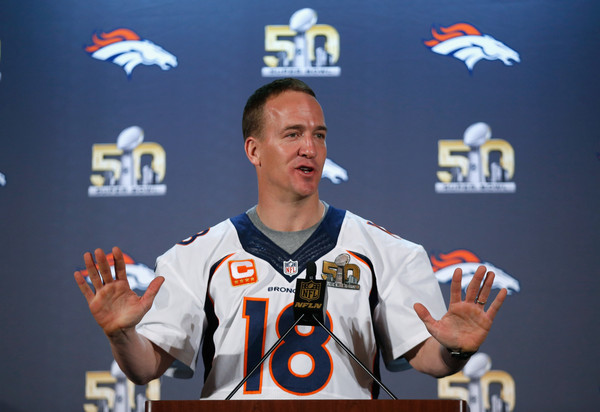 This website is no different than any other news outlet which has talked about the future of Broncos quarterback Peyton Manning after Super Bowl 50. Is this the last game of his career and will he go out on top?

All that has brought us to the topic of prop bets. For those who may be unfamiliar with the term, prop bets are betting on sub-outcomes which occur during a game. And boy are there a lot in regards to Manning on Super Sunday.

What will be Manning’s passing yards for the game? The over/under is 218.5 yards. The odds he retires after the game are currently at sitting at 2:1 according to My Top SportsBooks. And for those wondering, yes you can even bet on how many times Omaha will be said during the big game. Currently that number is 7.5.

As interesting as the Manning bets are there have been some other famous prop bets in previous Super Bowls. It all go started 30 years ago in Super Bowl XX (that’s 20 for those who are not roman numeral freaks). The odds of William “the refrigerator” Perry scoring a touchdown were 75:1 to start but by kickoff dropped to 2:1 and suddenly prop betting was born. Perry set the betting world on its ear when he scored a touchdown while hall of fame running back Walter Payton was left out of the endzone in his only Super Bowl.

From Perry’s touchdown to furniture stores creating gimmicks surrounding kickoff returns nothing is off the board when it comes to the Super Bowl. After all who would have expected the lights to go out in New Orleans during Super Bowl XLVII?