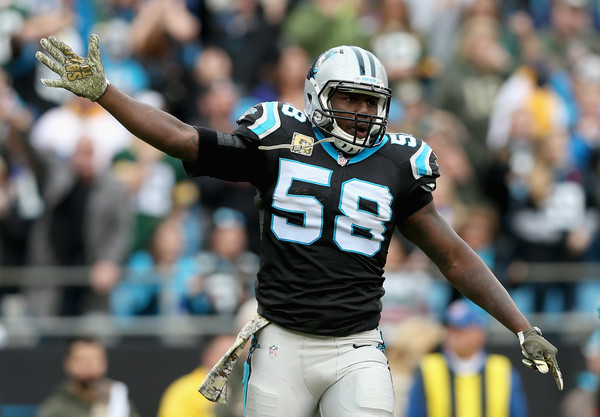 The Carolina Panthers lost two members of their defense in their NFC Championship trashing of the Arizona Cardinals but both Thomas Davis and Roman Harper are vowing to play in Super Bowl 50 against the Denver Broncos.

After the game Davis told reporters that he had suffered a broken right arm but said he intended to play in the Super Bowl. He immediately went into surgery on Monday in an effort to give himself the most among of time to recover.

Davis had the best year of his career this season as he accumulated a career best 5.5 sacks and four interceptions. He also added 105 tackles.

Harper suffered an injury to his eye in the second quarter and missed much of the game. According to the Charlotte Observer, the 33-year-old safety had the flap over his cornea shift. The veteran has taken some medicine and says “I’ll be all right. We’ve got two weeks to get this team ready.”

In Sunday’s win the Panthers used Tre Boston to fill in for Harper but it sounds like he will not be needed two weeks from now in Santa Clara.