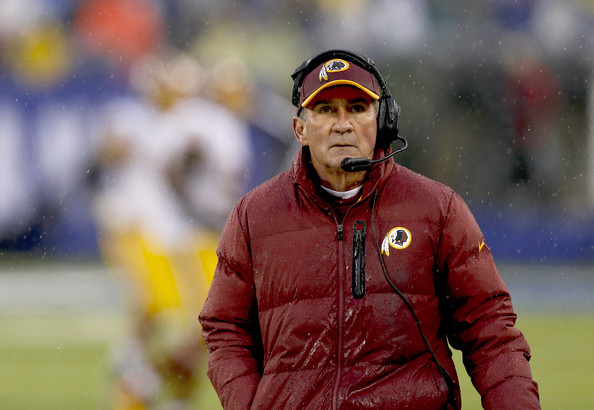 Mike Shanahan is among the favorites for the head coaching job of the 49ers.

Out of the NFL the last two seasons, Shanahan is moving up the list for the 49ers who have already seen Hue Jackson land with the Browns. The team has also been linked to Tom Coughlin and Chip Kelly but already the coaching search for the 49ers has lasted longer than anyone could have expected.

It appears Mike Shanahan has reentered the picture for #49ers, as they wait to figure out the Coughlin situation. They reached out to him.

With the firing of Jim Tomsula the future of the 49ers quarterback situation will be solved by its next head coach. The next coach will decide whether or not Colin Kaepernick remains with the team.

Ironically Shanahan was jettison by the Redskins after pushing ownership to bench Robert Griffin III in favor of Kirk Cousins.