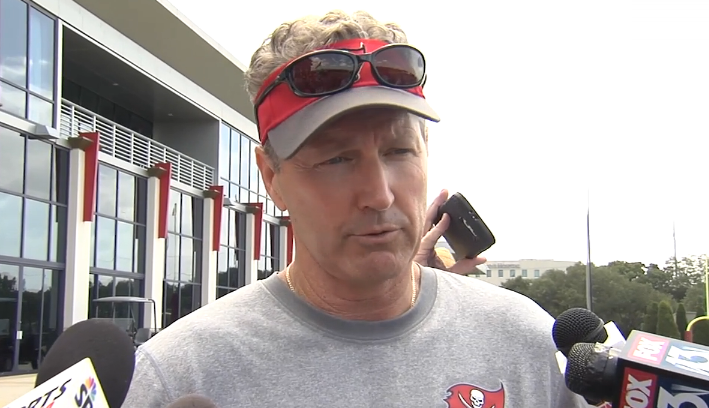 Dirk Koetter will be announced as the next coach of the Buccaneers.

According to Pro Football Talk, Koetter has begun telling assistant coaches in Tampa that he has been giving the head coaching job. Koetter served as the offensive coordinator of the Buccaneers last season and is said to have built a nice rapport with Jameis Winston.

Koetter had also been rumored to be a hot head coaching talent this head coaching cycle and the Buccaneers afraid of losing him made the decision to fire Lovie Smith after just two seasons – only one with a capable offense – and promote Koetter.

Source: Dirk Koetter is telling assistant coaches in Tampa he has the head coaching job.

This is the first head coaching job for Koetter who also served as the offensive coordinator of the Falcons during Matt Ryan’s best seasons.