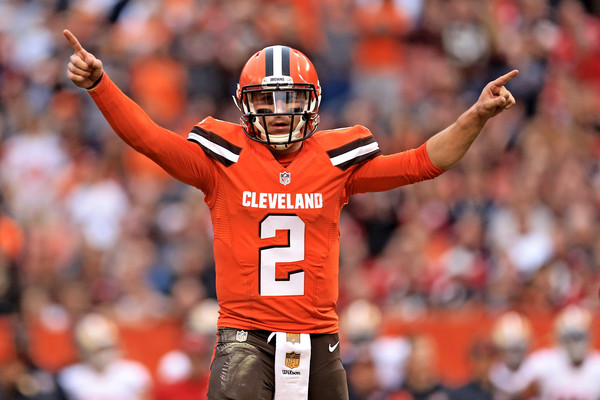 After a night of rumors that Johnny Manziel was seen dining and gambling at the Planet Hollywood Casino in Las Vegas the quarterback did not report to the Browns facility on Sunday.

Last night Manziel was allegedly spotted in Las Vegas playing blackjack. When this all began circulating on social media, Manziel responded by posting a photo of himself and his dog adding #SaturdayNights while geotagging himself as being in Avon, OH.

All players who are in the NFL’s concussion protocol are required to heck in with their teams. According to Peter King the Browns tried to contact Manziel but were unable to do so.

JFF2: … even if they’re not playing. Manziel didn’t show up Sunday. Browns couldn’t reach him on phone. At this point I can tell you …

King believes that the Browns are past the point of keeping Manziel saying they are “so done” adding that the second year player “wants to go to Dallas.”

Going to Dallas would put Manziel as the backup to Tony Romo which seems like a low goal for a first round draft pick who reportedly told the Browns he was ready to “wreck this league” upon being drafted.

With head coach Mike Pettine and general manager Ray Farmer out of the picture the Browns promoted Sashi Brown to head up their personnel department. He will help find the next coach and play a part in whether or not Manziel lasts a third year with the Browns.