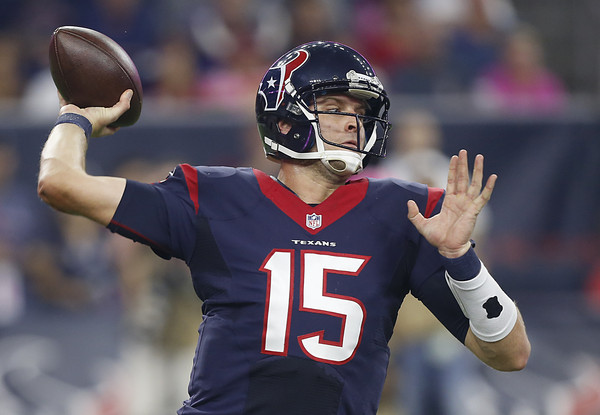 After a day of confusion around the status of back-up quarterback Ryan Mallett the Houston Texans have released him.

Head coach Bill O’Brien wanted to release Mallett on Monday after he missed a team flight. Since losing the starting quarterback role in during the Week 5 game against Indianapolis, Mallett has been a distraction on the sidelines.

Reports circulated that O’Brien and general manager Rick Smith were in a power struggle but John McClain of the Houston Chronicle reports the GM wanted to wait to find a veteran replacement. That replacement is likely to be T.J. Yates.

Bill O’Brien has control of 53-man roster. He wanted to cut Mallett Sunday. Rick Smith convinced him they had to wait til they got a vet.

Mallett has not proven to be a very good quarterback in the NFL but his arm strength should at-least keep him around to get auditions for back-up jobs around the league going forward.