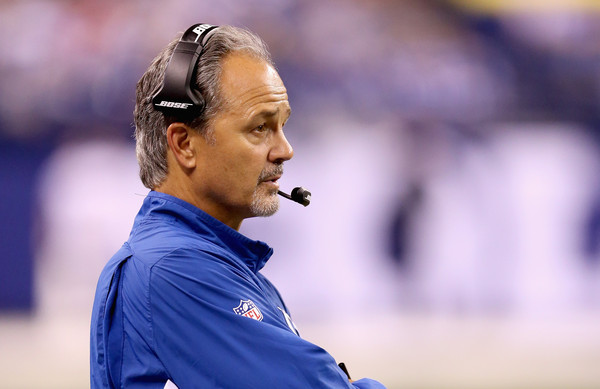 The Indianapolis Colts have not played up to their talent level this season and currently sit at 3-4 following consecutive losses to New England and New Orleans. With upcoming games against Carolina and Denver there is real concern the team could be 3-6 entering it’s bye week.

Fortunately for the Colts they play in what can be considered the weakest division in football. The Colts lead a division which is a combined 5-15 between it’s other three members.

ESPN’s Chris Mortensen is reporting that owner Jim Irsay and company have had discussions about the future of Pagano. The owner said at the time of drafting Andrew Luck that he expected multiple Super Bowl’s and thus far the level of play has not met up with the talent on the roster which has left Pagano’s play calling in question.

The legacy of Pagano in Indy can be summed up with this “special teams” blunder from two weeks ago against the Patriots.