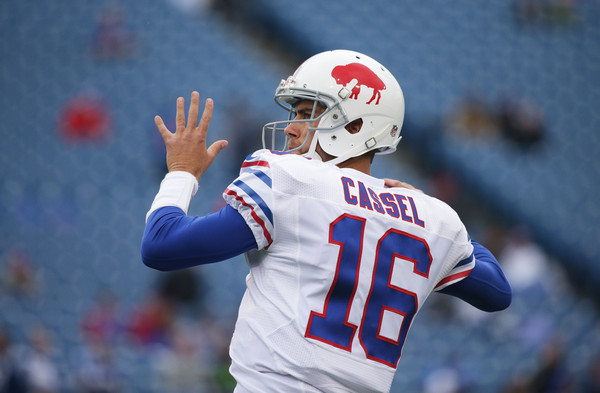 After losing starting quarterback Tony Romo on Sunday, the Dallas Cowboys made a trade with the Buffalo Bills to acquire Matt Cassel.

In trading for Cassel the Cowboys and Bills will also swap 2017 draft picks. The Cowboys will send a fifth round pick to the Bills in exchange for a seventh round pick from the Bills.

The Cowboys had been said to be working out Christian Ponder, Matt Flynn and Josh Johnson as they looked for depth behind Brandon Weeden.

While Cassel figures to move behind Weeden on the depth chart for Week 3 the Cowboys will promote Kellen Moore from the practice squad. Moore previously appeared on the roster of the Detroit Lions from 2012-2014 where he met up worked with current Cowboys offensive coordinator Scott Linehan.

The Chicago Bears are another team dealing with a shakeup at quarterback.

With Jay Cutler out with a hamstring injury, the Bears needed someone to serve as a backup behind Jimmy Clausen. That leaves the Bears to promote their 2014 sixth round pick David Fales off the practice squad.