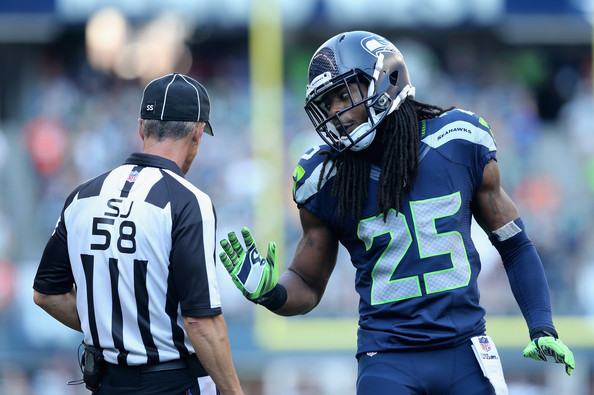 Seahawks cornerback Richard Sherman is reportedly dealing with torn ligaments in his elbow.

It has been no secret that Sherman will be playing in Sunday’s big game at less than 100-percent but this is the first we have heard about there being torn ligaments.

Sherman has attempted to downplay his injury and has been practicing in full ahead of the Super Bowl.

ESPN’s Ed Werder reports that Sherman is “improving daily” and has “finished with treatment.”

Sherman and the Seahawks are not about to give away the full details of his injury before Super Bowl XLIX. Expect the full story to come out after Sunday’s game.