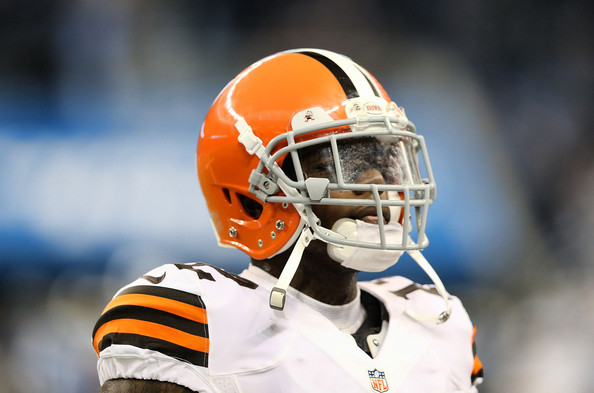 HomeNewsJosh Gordon planning to "tear this league up" with return to field...
News

Browns wide receiver Josh Gordon will return to the football field on Sunday and he is not about to take things easy.

According to former Browns teammate Nate Burleson the NFL’s leading receiver from a year go plans to “tear this league up” over his last six games.

“He told me: ‘Starting on practice this Wednesday, I’m going to outwork everybody on the field,'” Burleson said Tuesday on NFL Network’s NFL Total Access: “(He said) ‘I’m going to try to evoke a pride in Cleveland that can hopefully lead us to the playoffs.’ He’s excited about coming back.”

Burleson says that Gordon planned to lose weight during his time away from the active roster.

“He said, ‘I plan to lose 10 to 15 pounds and when I come back I’m going to tear this league up,'” Burleson said. “Now, this offense is different; it’s not the same offense as last year. So, they’re not going to be running and gunning, throwing the ball up the sideline, but definitely look for them to get Josh involved early, kind of to get his rhythm back.”

A year ago with Gordon and tight end Jordan Cameron healthy the Browns were one of the NFL’s pass happy teams but this year they have turned to a run heavy offense under first year head coach Mike Pettine and offensive coordinator Kyle Shanahan. With Gordon’s return that figures to change.