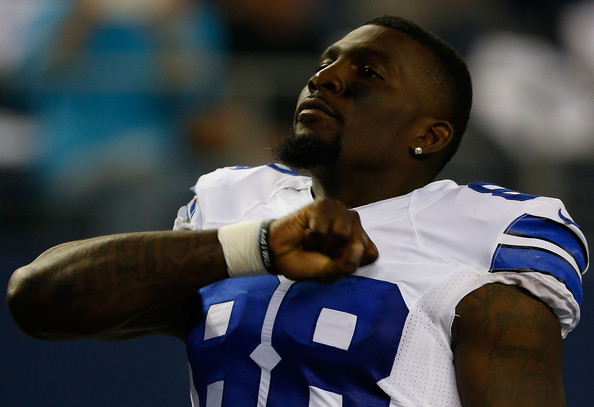 Cowboys owner Jerry Jones believes that star wide receiver Dez Bryant and the team will get a contract worked out.

Bryant is set to become a free agent at the end of the year and recently became a client of Roc Nation.

“What we want to do is have an agreement for the rest of Dez’s career,” owner Jerry Jones said. “To me, that says a lot about the concern about off-the-field [issues] if we want him on the Dallas Cowboys for the rest of his career.

“I’m real impressed with how he’s evolved over the last several years, or we wouldn’t be in serious contract negotiations with him. So I think all of that is where it really is, and I do look for us to get something done with Dez.”

“We’ve offered him some really nice contracts,” Cowboys chief operating officer Stephen Jones said. “We also have to respect his views on where it is. My take on those things is that they ultimately find a way.

“I have a lot of confidence we will. I think Dez wants to be here and I know we want him here.”

While both sides would surely love to get a new deal done, the longer it takes only raises the question as to whether or not the team the Cowboys would have to use the franchise tag to keep Bryant.