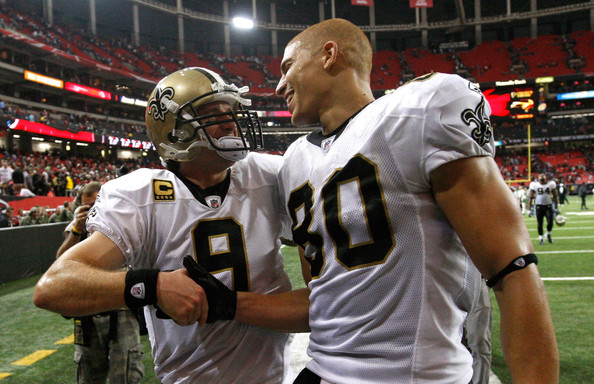 Drew Brees has been putting up big numbers for the New Orleans Saints since 2006. Tight end Jimmy Graham has been a focal point of the Saints offense the last four years but his status is in question as he seeks a pay-raise.

All this has left Bress telling USA Today that the Saints offense will score with or without Graham on the field.

“I’d hate to not have Jimmy,” Brees said. “I’m very confident that a deal will get done. But if it doesn’t, you worry about what you do have and who you do have out there.”

Those statements make it as if Brees is not on board with Graham’s contract desire. Of course Brees reportedly made over $47 million in 2013 taking into account his salary and endorsement deals trailing on Floyd Mayweather and LeBron James.

“I expect to have him, but it’s just like if he gets injured,” Brees said. “What happens if he gets hurt? You’ve got to roll without him. The one game he was hurt back in 2012, I think we threw for about 400 (yards).”

While Graham is expected to be with the Saints when the season starts the team will be without Darren Sproles and Lance Moore.