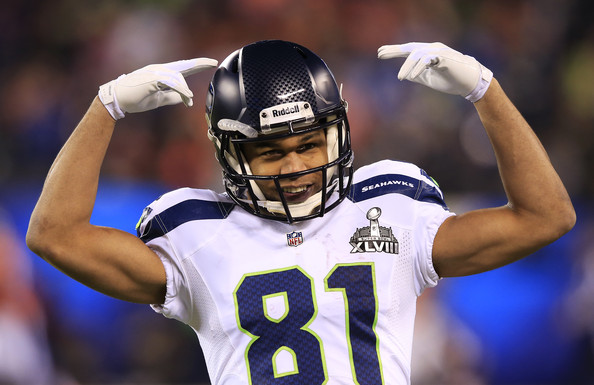 Tate, 25, spent the first four years of his NFL career with the Seattle Seahawks. setting career highs with 64 receptions for 898 yards last season. He caught five touchdowns, two off his career best of seven set in 2012.

“Wow I’m officially a Detroit #Lion. Extremely excited about the opportunity to grow with this organization.” tweeted Tate after word of his contract leaked.

He went on to thank the fans and his teammates in Seattle.

“However Seattle I am extremely thankful for the support and love the city has given me over the past 4 years. It’s tough to leave such a Great place. I appreciate everything the city, coaches, and teammates have done for me. I will always value how great seattle was to me”

In Detroit, Tate will play opposite Calvin Johnson making him a good bet to top his production from last season which was done in Seattle’s run heavy game plan.