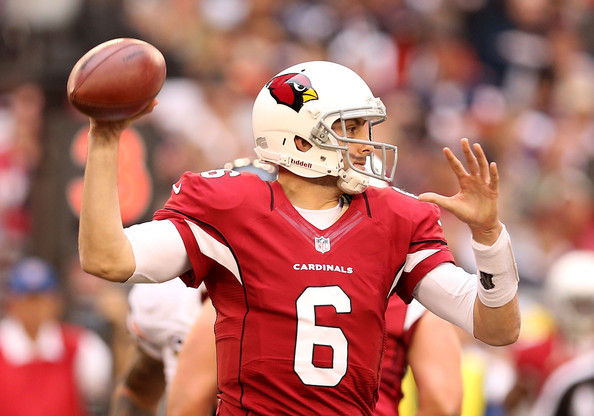 The Cleveland Browns do not appear to interested in adding another quarterback to compete with Brandon Weeden and Jason Campbell for the starting job.

Cleveland is not interested in adding Cardinals backup Brian Hoyer according to Mary Kay Cabot.

During the NFL Draft the NFL Network floated the idea that the Browns were interested in Hoyer. There had been rumblings that Hoyer would be a fit for multiple teams but at 27 years of age and with limited reps the upside for Hoyer appears limited to second string.

The Browns carried Colt McCoy as their backup last season. McCoy was sent to San Francisco prior to the draft.

Hoyer’s best bet is to be traded. With Arizona’s recent additions of Carson Palmer and Drew Stanton, Hoyer ranks no higher then third on the teams depth chart ahead of Ryan Lindley.

In two games, including one start, Hoyer threw for 330 yards and one touchdown last season. He also threw two interceptions, fumbled once and was sacked four times.