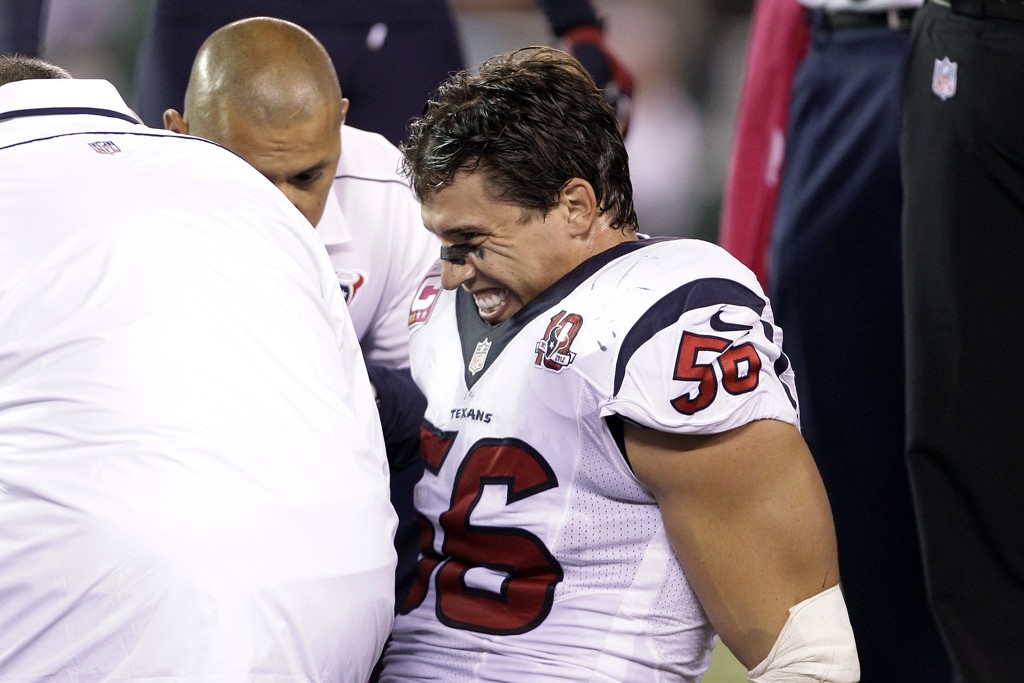 The Houston Texans will be without their defensive captaion for the rest of the season. Star linebacker Brian Cushing has been diagnosed with a torn ACL.

The injury occurred when he was rolled on a questionable block by New York guard Matt Slauson early in the second quarter of the Texans’ closer-than-it should’ve been 23-17 win over the Jets.

It is a tough blow for the Texans who had a large sum of injuries to their team last season as the playoffs approached.

Veteran Tim Dobbins is expected to start alongside Bradie James, leaving coverage versus tight ends and running backs as an issue going forward.

The Texans defense has allowed just 73 points over the first five games of the NFL season.