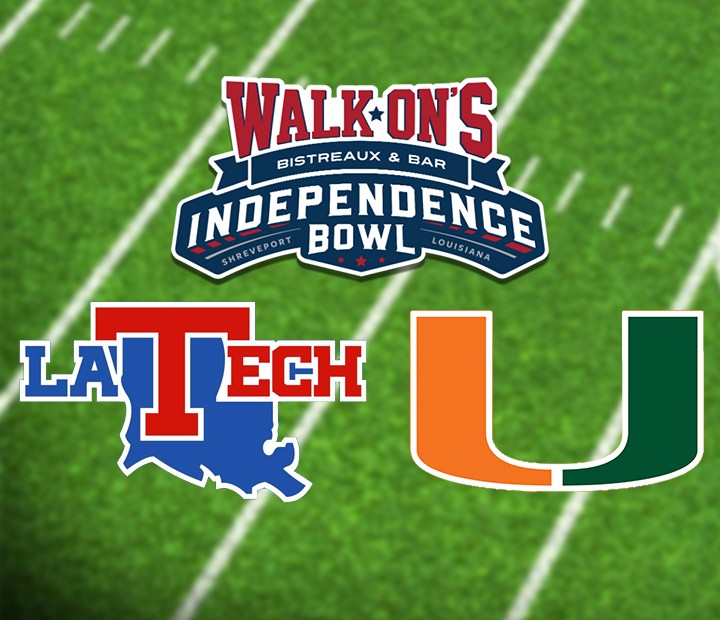 On the day after Christmas the Louisiana Tech Bulldogs (9-3) will be looking for a school best 10th win this season.

Louisiana Tech will be playing against the University of Miami Hurricanes (6-6) in the Walk On’s Independence Bowl in Shreveport, LA.

ESPN will have coverage of this contest beginning at 4:00 pm ET.

This marks the fifth time these two schools have met. In their last meeting in 2004 Miami won 48-0. This marks Louisiana Tech’s fifth appearance in the Independence Bowl and its its first since 2008.

Miami is a six point favorite against Louisiana Tech in this game. The over/under for this contest is 49.5 total points.