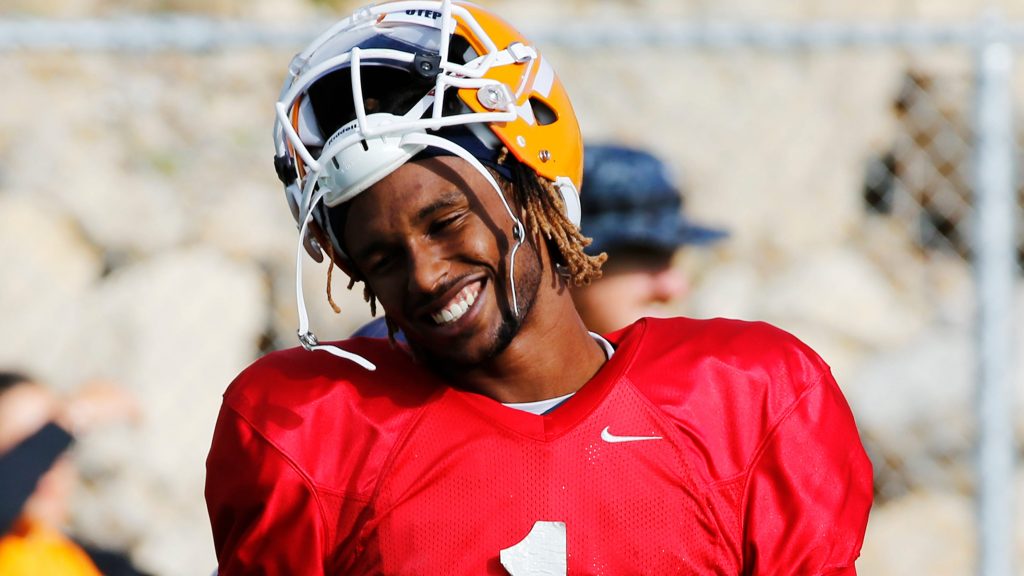 University of Texas El Paso quarterback Kai Locksley has been suspended by the team after being arrested on four offenses.

Locksley was pulled over Saturday while driving under the influence. He was arrested for possession of marijuana (less than 2 ounces), the unlawful carrying of a weapon and making terroristic threats according to ABC News.

He was released on $2,9000 bond for the four offenses and has been suspended from the team.

“We are aware of the charges against Kai Locksley,” UTEP coach Dana Dimel said in a statement. “While the severity of these charges is concerning, it would not be appropriate to determine a course of action until we have all the facts. In the meantime, he has been suspended from the UTEP football team.”

A four-star recruit, Locksley committed to Texas but eventually left the program after off-the-field issues. He later played at Iowa Western junior college before moving onto UTEP. He is the son of University of Maryland head coach Mike Locksley who most recently served as the offensive coordinator at Alabama.