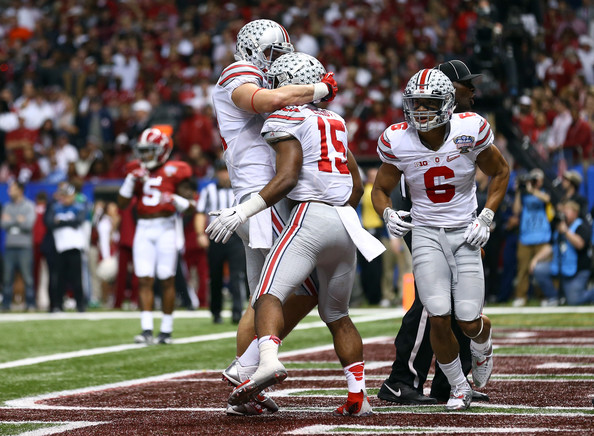 After falling behind 7-0 early in the NCAA College Football Playoff’s National Championship game the Ohio State Buckeyes have responded.

First with a 97 yard drive, and then with a 47 yard drive which was capped off with a touchdown pass from quarterback Cardale Jones to tight end Nick Vannett.

The Buckeyes now hold a 14-7 lead over the Oregon Ducks but this one is far from being over.