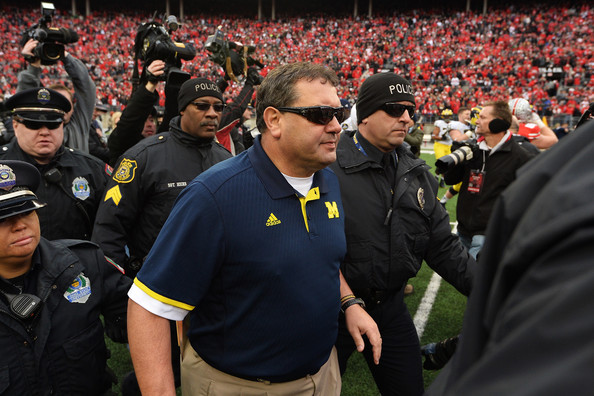 Fresh off another loss to Ohio State, Michigan head coach Brady Hoke could learn his fate on Tuesday.

Hoke will meet with interim athletic director Jim Hackett on Tuesday reports the Detroit Free Press. Several other new outlets have since reported the same.

“What I know is I’m going to be the football coach at Michigan,” Hoke quipped following the 42-28 loss on Saturday. “That’s what I know right now.”

Hoke has two years left on his deal with a buyout of $3 million that drops to $2 million on Jan. 1.

Michigan finished the year 5-7 missing Bowl eligibility for the first time since 2009.

“That stinks, it’s disappointing for all of us,” said Hoke. “The expectations you have, you haven’t met them as a program and a team and this team. Then the other part is what you get out of extra work. Especially with our team, it’s useful.”