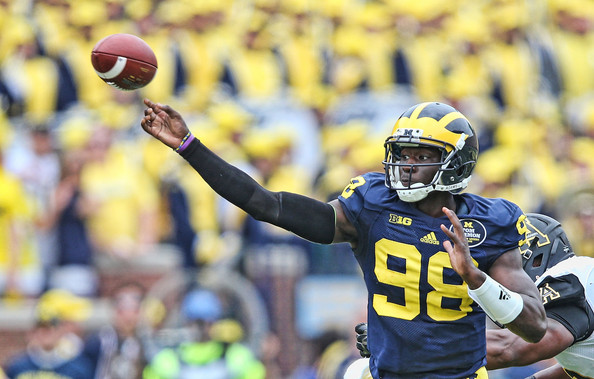 With the Michigan Wolverwines 3-4 it is fair to criticize the play of quarterback Devin Gardner this season. The fifth-year season prepares for a Saturday match-up against No. 8 Michigan State and recently took time to talk to the Detroit News about his season though his negative interaction with fans is what stands out in this piece.

“I’ve been called the N-word so many times this year,” Gardner said. “One guy told me I was the N-word, and said I know N-words can’t play quarterback. And I was like, are we not past this? Say what you want about my skill, but come on.”

Despite some of the negative talk which is a result of six touchdown passes and eight interceptions, Gardner believes Michigan can still win games.

“Every game is winnable. I feel we can win every game,” he said. “Some people say it and don’t believe it. I believe we can win every single game. I feel we’re hitting our stride on offense. I feel if I hadn’t been hurt in that (Penn State) game, we would have beat them by more. And on defense we’re playing well.”