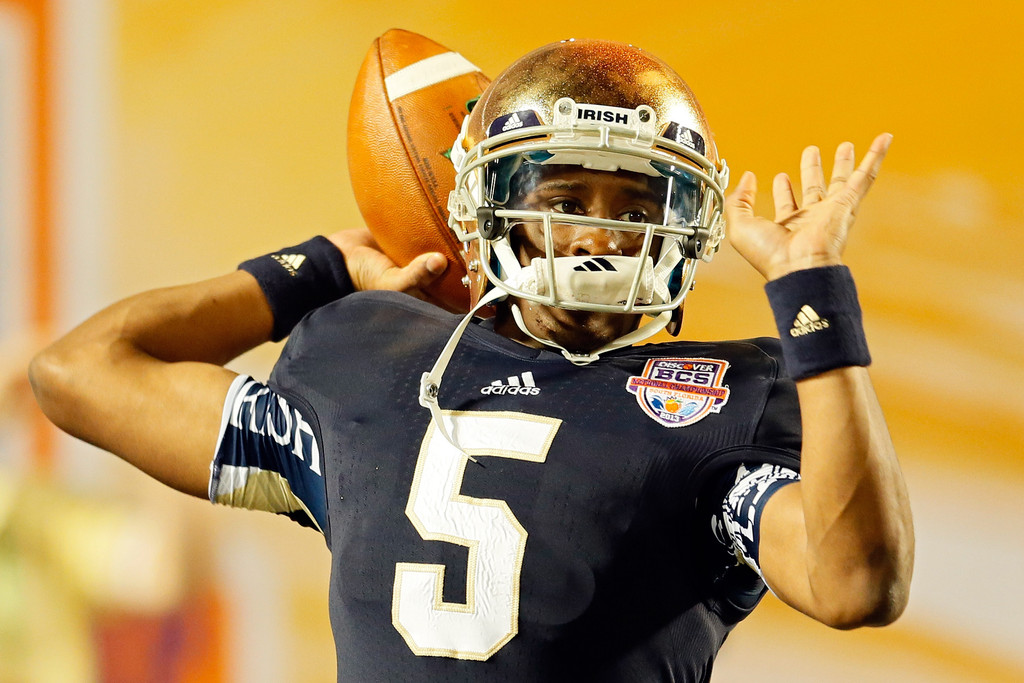 Everett Golson is no longer enrolled at the University of Notre Dame. The university confirmed to WNDU-TV that the Fighting Irish quarterback from last years BCS appearance is no longer at the school.

Rumors began appearing on Twitter Saturday afternoon that the 20-year-old was no longer at Notre Dame.

In a phone interview, university spokesman Dennis Brown told NewsCenter 16, “Federal and school privacy laws preclude us from issuing any further comment at this time.”

The Chicago Tribue reports that Golson is no longer at the school due to an academic violation. The outlet previously reported it was an Office of Residence Life violation.

Gunner Kiel left the school and is headed to Cincinnati.

Last year Golson threw for 2,405 yards and 12 touchdowns to go with six interceptions. He also made numerous plays with his feet rushing for 298 yards and six scores.