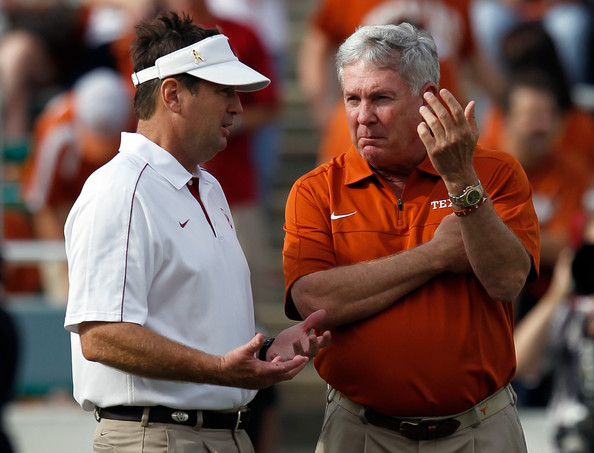 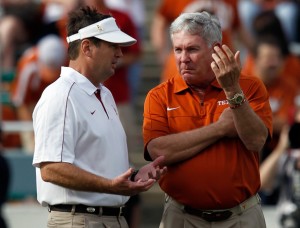 Oklahoma pounded Texas 63-21 on Saturday. Immediately the calls for Mack Brown to step aside grew louder. Brown though says he is not leaving.

“I’m way too competitive and have way too much pride to leave something bad,” the Texas coach told ESPN. “I’m going to get this fixed.”

Brown had much the same outlook following a 5-7 season in 2010 but after two consecutive losses this season the calls for Brown to retire have grown again.

The Longhorns rebounded in 2011 and Brown was given a contract extension until 2020.

“There will be some people that say he thought about retiring before and he may quit,” Brown said. “I told them that if somebody is telling you to quit, don’t. In your life if you start quitting, then you’re a quitter. You need to compete. You don’t sign up for just the good days.

“I have my energy,” he said. “I’m moving forward, and we are darn sure going to get this thing fixed.”

Brown took responsibility for the blowout loss to Oklahoma. In that game Texas was unable to offer any stop to the Sooners and were run over repeatably.

For the past 15 years Brown has been coaching at Texas.