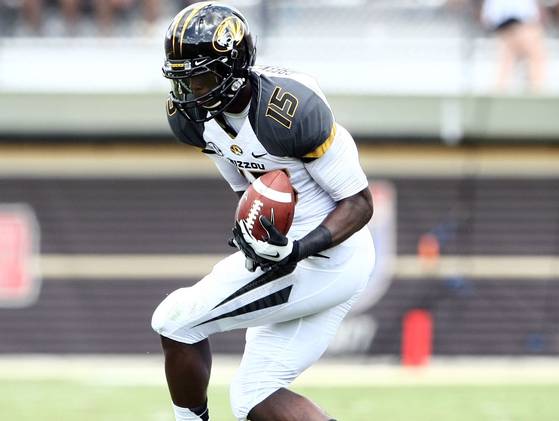 Five players on the Missouri football team have been suspended for Saturday’s game against Vanderbilt. Three of the players including wide receiver Dorial Green-Beckham were arrested. The players were caught by campus police after allegedly smoking marijuana near the football stadium.

The players were arrested on a misdemeanor charge of possession of 35 grams or less of marijuana and later released with a court summons.

As the Associated Press reports “Under a 2004 ballot measure approved by city voters, possession of small amounts of pot in Columbia is treated as a low-level offense in municipal court similar to a traffic citation. Violators typically pay a fine of no more than $250 and receive community service in lieu of jail time.”

The conviction is dropped if the offender stays out of legal trouble for another year.

Thus far the team has chosen to suspend the players for the upcoming game. Any future punishments will come at a later time. Green-Beckham is the only player of the five suspended who has seen significant action.

Missouri is 3-2 on the season and 0-2 in the Southeastern Conference.