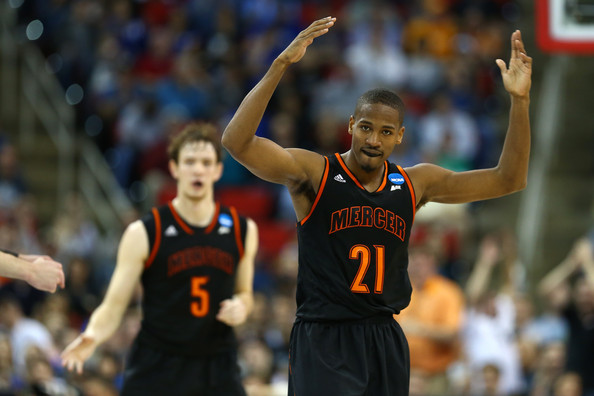 If you picked Duke in your bracket — sorry to be the ‘Bear’er of bad news, but their season has come to an end.

Mercer stunned the Duke Blue Devils in the first round of the NCAA Tournament, losing 78-71 to the 14th-seeded team on Friday afternoon.

It’s the second time in three years Duke has lost to a double-digit seed in its opening game of the NCAA tournament.

The Bears tied the score at 54 heading into the second-to-last media timeout and took a one-point lead with less than six minutes to go.  Duke star freshman Jabari Parker, just 2 of 11 from the field and in the midst of a rough afternoon in what could be his final college game, responded with a three-point play to give the Blue Devils the lead back. Duke, though, would go more than five minutes without another field goal, mixing turnovers and poor shot selection as Mercer, making its first NCAA tournament appearance since 1985, grabbed hold of the momentum for good.

A three-pointer by White tied the score at 63 with 2 minutes 39 seconds left in regulation and Gollon hit two free throws to give the Bears a two-point lead on Mercer’s next possession. By the time forward Daniel Courcey completed a three-point play of his own on a dunk that sent this crowd into frenzy, Mercer was on an 11-0 run and would soon widen its advantage to double digits.

The Bears scored 20 of the game’s final 25 points and have advanced to face either Massachusetts or Tennessee, who play later Friday afternoon