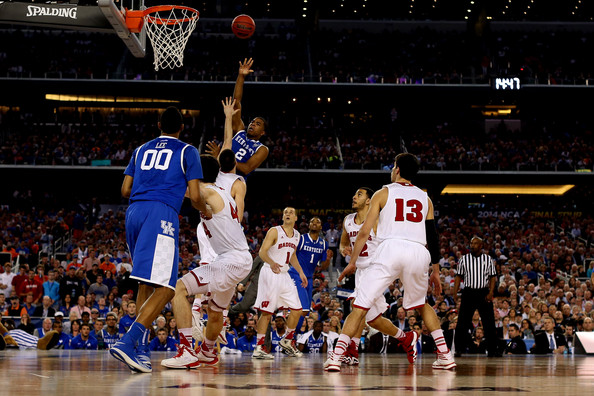 The Kentcky Wildcats continued their run though the NCAA Men’s Baskeball tournament again with the late heroics of Aaron Harrison.

Harrison hit a game winning three-pointer with 5.7 seconds left giving the Wildcats a 74-73 win over the Wisconsin Badgers.

The win will send the Wildcats to Monday’s NCAA Men’s Championship game against the Connecticut Huskies.