Yoenis Cespedes gets $10 million pay cut due to amended deal 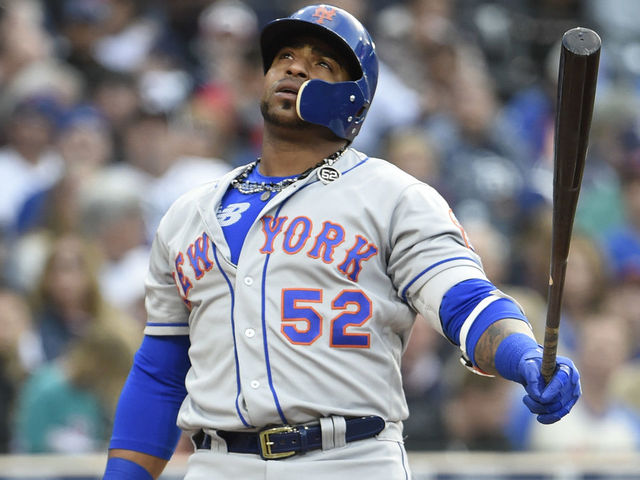 Mets outfielder Yoenis Cespedes will not be collecting the $29.5 million he was due for the 2020 season.

According to Jeff Passan of ESPN, Cespedes and the Mets agreed to a salary reduction. Such moves are unheard of in baseball but this one stems from Cespedes’ most recent injury which he claimed was from stepping in a hole and fracturing his ankle in multiple places.

The amended contract of Yoenis Cespedes, which @martinonyc first reported, includes a settlement for salaries that the Mets withheld in 2019 as well as a significant reduction of his 2020 salary. Mets will save well over $10 million as part of the settlement, sources tell ESPN.

The Mets publicly restated Cespedes’ account but went ahead and filed a grievance while withholding part of his 2019 salary. Rather than actually having a hearing on the matter the two sides opted to amend his salary for 2020 by reducing it roughly $10 million.

Since the end of the 2016 season the Mets have only had Cespedes on the field in 119 games. While the outfielder has proven to be productive during that time hitting .282/.343/.525 with 26 homers and 71 RBI, the amount of time he has been out of the lineup has spanned more than two full seasons for a total of 367 games.