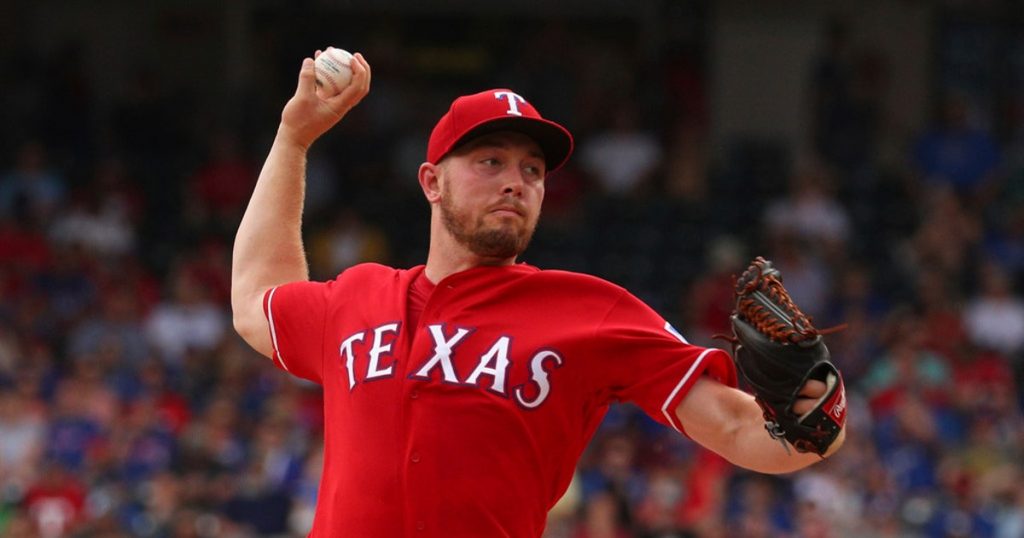 Adrian Sampson appeared in 35 major league games last season for the Texas Rangers – including 15 starts – but on Thursday it was announced the 28-year-old had signed to play in the Korea Baseball Organization.

Sampson will join the Lotte Giants according to Levi Weaver.

According to this (and a source), Adrian Sampson is going to South Korea to play for the Lotte Giants. https://t.co/eNpupdGXIW

Unclear if this was official in time to have any impact on protecting Rule 5 guys today or not, but as best I can figure, roster is at 39 now.

Sampson had seen action on the Rangers the past two seasons after making his big league debut with Seattle in 2016. Through his first 153 innings of work Sampson owned a 5.71 ERA and a 1.50 WHIP.

Last season the Rangers never quite knew what Sampson was going to do on the mound as he strung strong and poor outings together like a painter mixing paint though the bad outings appeared more prevalent as the season went on. He dealt with back spasms in mid-August which forced a stay on the injured list.