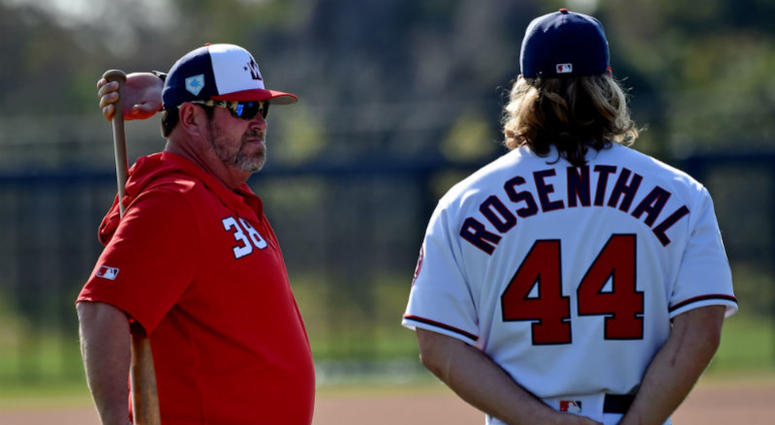 After a 2-1 win over the Cardinals, Nationals general manager Mike Rizzo made an announcement that pitching coach Derek Lilliquist has been fired.

Paul Menhart, a minor league pitching coordinator, has been promoted to replace Lilliquist.

Despite moving on for Lilliquist, Rizzo again put his support behind manager Dave Martinez citing that the two had jointly made the decision.

The Nationals lost the first three games of the series against the Cardinals and the win on Thursday was just to prevent being swept moving the team to 13-17 on the season. The decision had been made prior to Thursday’s game and allows for Menhart to step into the role for a new series.

“I was surprised, to be honest,” closer Sean Doolittle said after earning his fourth save.

“I know that the bullpen didn’t get off to the start that we wanted to, but here kind of over the homestand over the last week or so things have really fallen into place nicely. The starters all year long have done really, really well.”

Lilliquist, the Cardinals’ pitching coach from 2013 to 2017, was hired when Martinez replaced Dusty Baker as the Nationals manager.