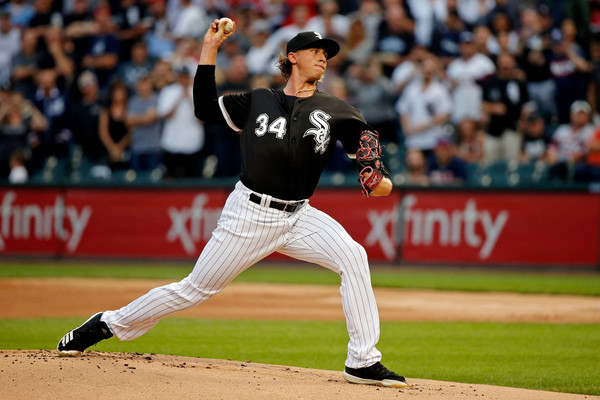 Michael Kopech made his long awaited Major League Debut on Tuesday night. For days the White Sox promoted the arrival of the 22-year-old right hander.

Fans showed up in droves and cheered on the youngster though two scoreless innings of 51 pitches. But it was a 52 minute rain delay prior to the start of the second inning that would end his night.

Luis Avilan would relieve Kopech to start the third after the prized prospect struck out four while allowing there hits.

Joe Mauer greeted Kopech with a single and Eddie Rosairo soon followed him before he was able to strand both, thanks in large part to his first big league strike out which came at the expense of Miguel Sano.

Of the 52 pitches Kopech threw, the fastest was a 99 mph pitch to Robbie Grossman in the second. In total 25 pitches from Kopech reached 97 mph or higher.