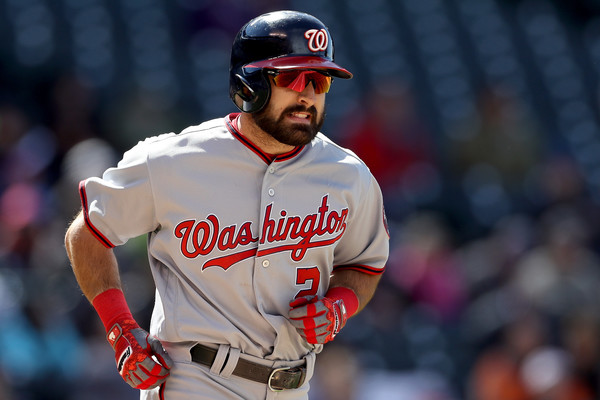 A bone bruise is going to force Nationals outfielder Adam Eaton out of the lineup for Tuesday’s game against the Braves.

Eaton’s injury was originally thought to be just scar tissue dislodging but it appears a stint on the disabled list may not be coming for the 29-year-old.

Chelsea Janes of the Washington Post adds that Eaton did not take batting practice prior to Tuesday’s game.

Eaton scratched from today's lineup. He didn't take BP on the field, which doesn't always mean anything. Goodwin will lead off instead.

After being acquired prior to the 2017 season, Eaton appeared in just 23 games for the Nationals last year after tearing the ACL in his left knee. He had played in eight of the Nationals’ ten games so far this season posting a .345/.424/.655 line with two home runs.

Brian Goodwin will take over for Eaton in the lineup.