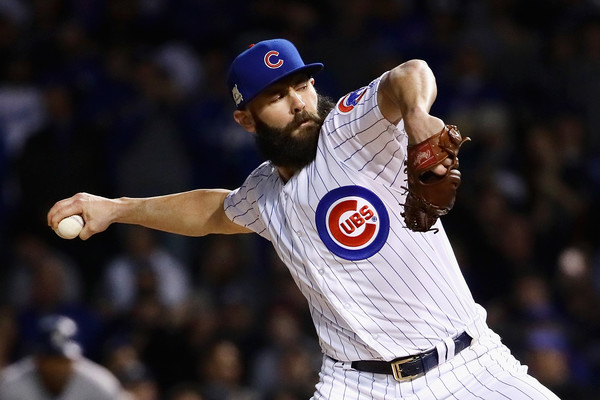 HomeNewsAre Astros better off signing Darvish or Arrieta than trading for Cole?
News

Are Astros better off signing Darvish or Arrieta than trading for Cole?

The Astros are the latest team to be linked to Pirates starter Gerrit Cole this offseason.

After weeks of rumblings that Cole could be headed to the Yankees, the team re-signed C.C. Sabathia by-the-way, everything went silent. Now the Astros have been linked to Cole thanks to the talk of owner Jim Crane who expects the team to add a “high-end starter” before the start of spring training.

Not missing a beat, Jeff Passan then reported that the Astros had been in talks with the Pirates about Cole. Passan wrote that Derek Fisher had been offered in a package for COle but that it may require either Kyle Tucker or Forrest Whitley in order to get a deal done.

So that brings the question. Would the Astros simply be better signing Yu Darvish or Jake Arreita and losing their first round pick?

Cole is under contract via salary arbitration for the next two seasons before he becomes a free agent. At 27 he’s still in his prime seasons and despite a step back in 2017, owns a career record of 59-42 with a 3.50 ERA across five seasons.

The Astros are trying to get multiple World Series wins before they start dealing with the problems of salary increases and age for their core players. With starter Dallas Keuchel hitting free agency next season the Astros may view this year as the time to find his replacement, have both for a season and then explore the market again next winter if necessary.

Darvish has been linked as a target of the Astros, as has Arrieta. Could the Cole talk simply be a way of further lowering the asking price of either pitcher?

Arrieta’s post season starts were a reminder of just how capable he is on the big stage. Darvish on the other hand has be seething for a chance at redemption. Signing either player would not require the Astros to lose any of their current talent but would cost a future draft pick and lock the team into a long term deal of four years or more for players on the opposite side of 30 than Cole.

Cole reached 200 innings last season which could help the Astros bullpen. In the playoffs the Astros had to resort to a variety of starting pitchers coming out of the pen and while that may work for a post season run it is not sustainable in a 162 game season. Just ask the Indians why they could not continue to use the trio of Andrew Miller, Bryan Shaw and Cody Allen the same way last season as they had in the 2016 playoffs.