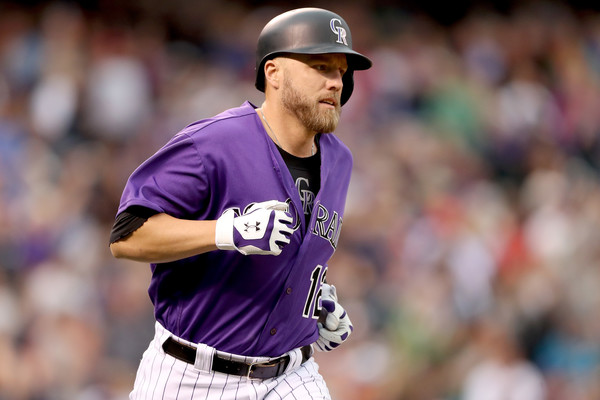 If the Rockies cannot get the player they desire this offseason, a reunion with Mark Reynolds could happen.

The Rockies remain interested in Carlos Santana and Eric Hosmer among others. Surely the club would prefer to keep Greg Holland or find an experienced replacement that would lessen the impact of his departure. Perhaps one way would be signing Reynolds to a smaller contract than the likes of Santana or Hosmer and using the remaining funds to lock up a closer.

Jon Heyman reports that the club remains interested in Reynolds making such a scenerio possible.

Rockies remain interested in Mark Reynolds. He was very good for them last year.

Of course if Ryan McMahon were to win the starting job at first base this spring it would save the Rockies the most money but that would mean few fallback options should McMahon struggle and the Rockies are looking to build on their Wild Card berth from last year.

In many ways what the Rockies do or do not do at first base will have the biggest impact on their season. If they want to re-sign Reynolds they can. Bringing in a player from elsewhere remains an option as well. However, if the club was to try to use McMahon and he struggled then it will be easy to point to the front office’s decision to pass on veterans.