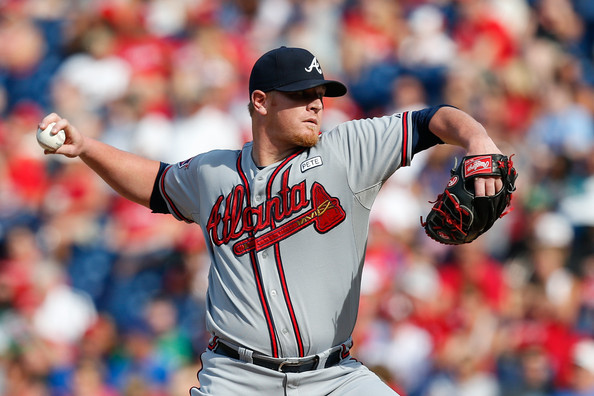 The New York Yankees traded away Manny Banuelos to the Atlanta Braves for David Carpenter and Chasen Shreve on Thursday.

A former top pitching prospect, the 23-year-old Banuelos missed all of 2012 and part of 2013 while recovering from Tommy John surgery. The left-hander went 2-3 with a 4.11 ERA in 26 combined appearances (25 starts) at three levels of the minors this past season.

The Braves may give Banuelos a chance to compete for a rotation spot this spring.

Meanwhile the Braves continued to part with pieces of a team that won just 79 games a year ago. The latest players to be shipped out were a couple of bullpen pieces in Carpenter and Shreve.

Carpenter, 29, was 6-4 with three saves while posting a 3.54 ERA and a 1.26 WHIP in 65 games for the Braves. He should fall into a setup role at the backend of the Yankees bullpen.

Shreve, 24, a left-handed reliever, made his big league debut in July and allowed one run over 12 1/3 innings of work. He very well could also land one of the bullpen spots with the Yankees for 2015.