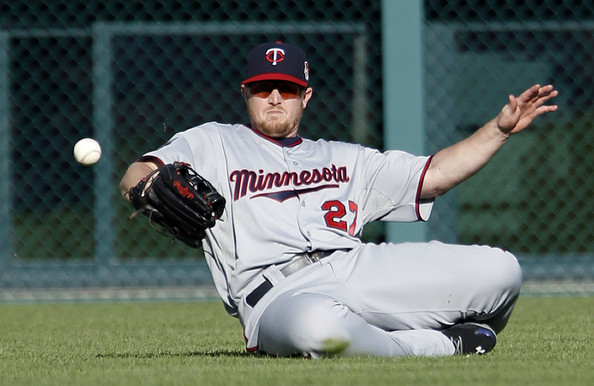 The Twins have designated outfielder Chris Parmelee for assignment.

Parmelee, 26, was designated for assignment after the Twins announced the signing of Ervin Santana. Last year Parmelee hit .256/.307/.384 with seven homers and 28 RBI in 87 games with the Twins.

A former first round pick in the 2006 draft, Parmelee has appeared in 273 games for the Twins dating back to the 2011 season. He has never found his knack at the big league level and has mild minor league numbers. Someone will take a shot on him but it will likely come on a minor league deal.