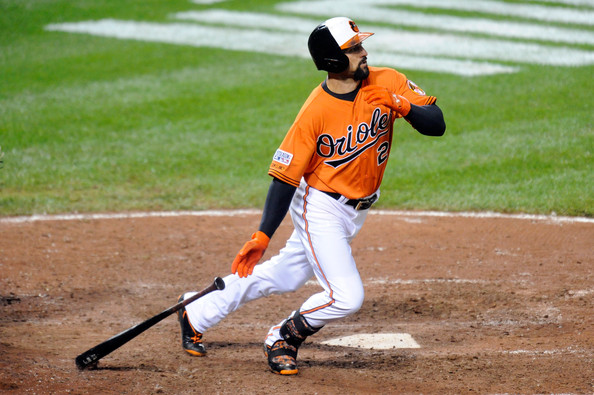 While the Braves continue to shop outfielders Evan Gattis, Justin Upton and B.J. Upton they have also engaged in contract talks with Nick Markakis.

Markakis and the Braves had a meeting on Monday and according to ESPN’s Buster Onley the two have been working on a deal since. A deal for the former Orioles outfielder “could wind up in the range” of four years and $45 million reports Onley.

The negotiations between the Braves and outfielder Nick Markakis have intensified. Hearing the deal could wind up in range of 4/$45m.

The Orioles no longer seem certain to bring back the 31-year-old.