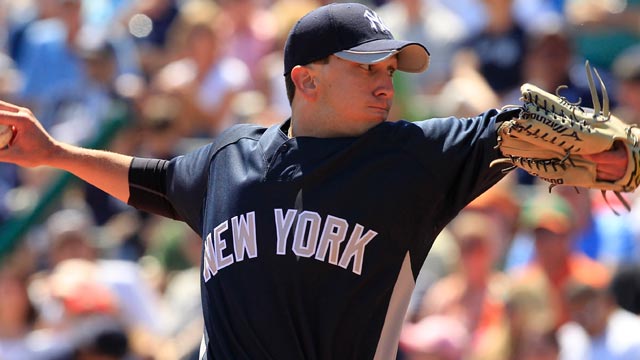 The Athletics have signed pitcher Pat Venditte to a minor league contract which includes an invitation to spring training.

Venditte, 29, can thrown from both the left and right side. He has spent the last handful of seasons with the Yankees Double-A and Triple-A affiliates. He has posted solid numbers throughout his minor league career last year finishing with a 2.64 ERA, 1.11 WHIP, and 83/22 K/BB ratio in 78 1/3 innings line across both levels.

Sooner or later Venditte will get a shot at the big league level. It very well could come this year in Oakland.