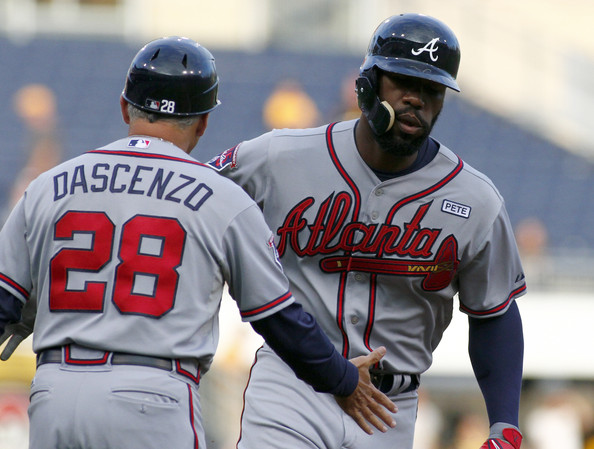 With a surplus of outfielders the Atlanta Braves were looking to pull off a deal this winter for some pitching. On Monday the Braves sent Jason Heyward and reliever Jordan Walden to the St. Louis Cardinals for pitchers Shelby Miller and Tyrell Jenkins.

Heyward has been one of baseball’s best defensive outfielders for years but his bat has been up and down. He hit an underwhelming .271/.351/.384 for the Braves in 2014. The Braves signed numerous players to long-term extensions last offseason but were unable to lock up Heyward who is set to become a free agent at the end of the season.

Miller will help fill out a Braves rotation which lost Ervin Santna and Aaron Harang to free agency. He is under team control though 2018.

The Braves also landed Tyrell Jenkins, a former supplemental first-round pick in 2010. Jenkins, 22, is still raw but posesses the upside to be a valuable rotation/bullpen piece in the future.