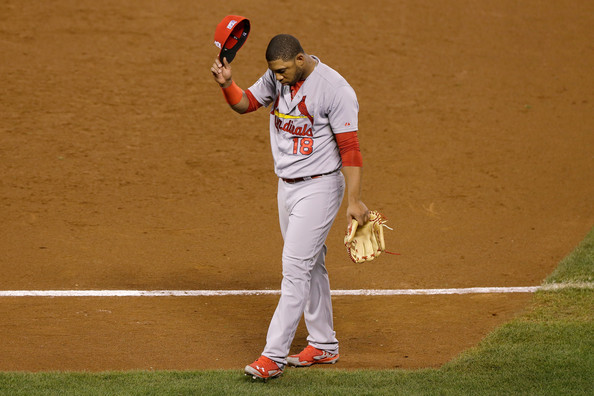 HomeNewsOscar Taveras was five times over legal limit when he died in...
News

In late October Oscar Taveras and his 18-year-old girlfriend Edilia Arvelo died when their car smashed into a tree in the Dominican Republic.

At the time of Taveras’ death there were many calls to fix the roads in the area citing their poor conditions. However in this case it appears that DUI was the reason that Taveras and Arvelo lost their lives.

Tessie Sanchez, a spokeswoman for the attorney general’s office in the Dominican Republic, told The Associated Press on Wednesday that toxicology reports showed Taveras had a blood-alcohol level five times the legal limit when he lost control of his car Oct. 26 on a highway in Puerto Plata.

“We have seen the media reports regarding Oscar Taveras that have come out this afternoon, but have yet to receive any official notification from the Dominican. Until we have the opportunity to review the official report, we cannot confirm details. While we are still working to obtain the facts, it won’t change the fact that this is a terrible tragedy. We have an obligation to use this as an opportunity to educate our players that they must take responsibility for themselves both on and off the field.”

In 2007 Cardinals reliever Josh Hancock was killed in a car crash with his blood-alcohol level being twice the legal limit of Missouri. At that time the Cardinals banned alcohol from their clubhouse.