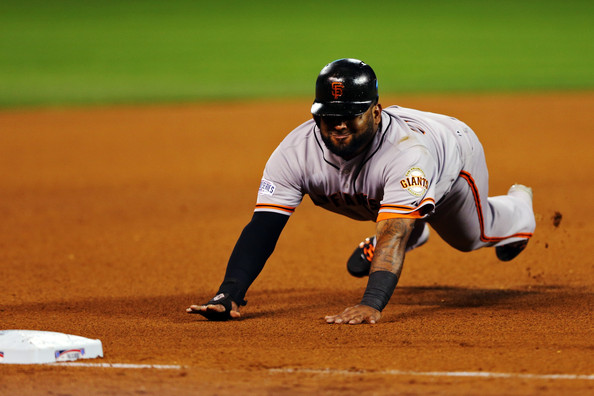 Pablo Sandoval has hit the free agent market and apparently the 28-year-old is looking for a six-year deal.

Sandoval’s agent told the San Francisco Chronicle that his agent was worthy of a long-term deal.

Vasquez went on to tell the Chronicle that his client is more concerned with years than dollars so perhaps a longer term deal with a lower average annual salary could get done. Sandoval is believed to be seeking $90-100 million.

A member of the San Francisco Giants, Sandoval has been a part of three World Series winners.

Coming off a season in which he hit .279/.324/.415 with 16 home runs and 73 RBI in 157 games the player affectionately known as Kung Fu Panda needs to show that his conditioning concerns are gone.