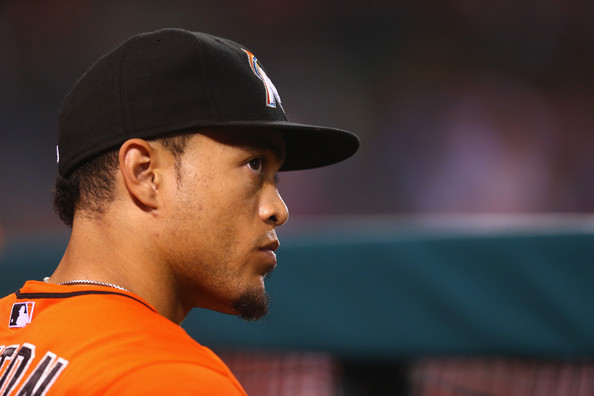 HomeNewsGiancarlo Stanton taken to hospital after being hit in face
News

Giancarlo Stanton taken to hospital after being hit in face

Miami Marlins outfielder Giancarlo Stanten was driven off the field on Thursday night in an ambulance after he was hit in the face with a pitch.

Stanton was bleeding form his face after he was hit by a pitch from Milwaukee Brewers pitcher Mike Fiers in the fifth inning. Fiers’ 88 mph fastball would strike Stanton under his left eye knocking him to the ground.

Trainers would attend to Stanton and he was then placed on a stretcher and into an ambulance.

Stanton leads the majors with 105 RBIs and is tops in the National League with 37 home runs.

The pitch was called a strike by the umpire who ruled that Stanton had swung at the pitch. Reed Johnson would pinch hit for Stanton and he too was hit by Fiers. At that point the benches cleared with Marlins manager Mike Redman and third baseman Casey McGehee being ejected in the process.