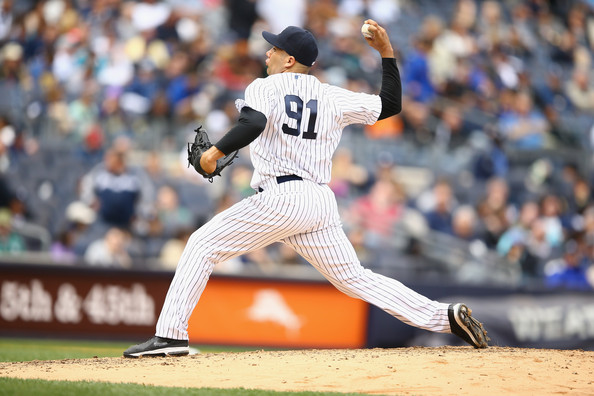 Alfredo Aceves has been suspended for 50 games for a positive drug test.

While the drug that caused Aceves to test positive has not been identified, it is not a performance enhancer.

Aceves, 31, has been pitched at Triple-A Scranton/Wilkes-Barre since being designated for assignment on June 4.

It is unlikely that Aceves will return to the majors at any point this season after posting a 6.52 ERA in 19 1/3 innings this year for the Yankees.