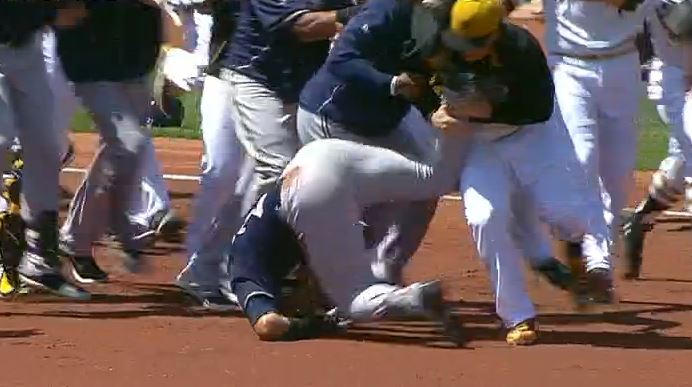 On Sunday the benches cleared in a game between the Pittsburgh Pirates and Milwaukee Brewers.

The incident started when Brewers Carlos Gomez began to strut a home run, which naturally was not. Gomez was able to hustle his way around the bases for a triple to which Pirates pitcher Gerrit Cole took exception to. Cole said something and Gomez went a swinging, and missing.

Before long Gomez tumbled over himself and was sent to the clubhouse.

Expect Gomez to be given a suspension.