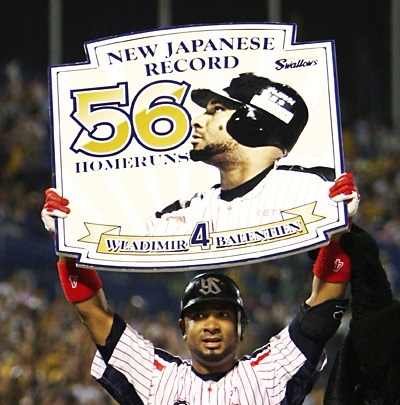 The 29-year-old Balentine showed glimpses of power while state side while bouncing around the minor leagues but could never put it together at the major league level.

Balentine left for Japan in 2011 and signed a three year extension this winter worth $7.5 million.