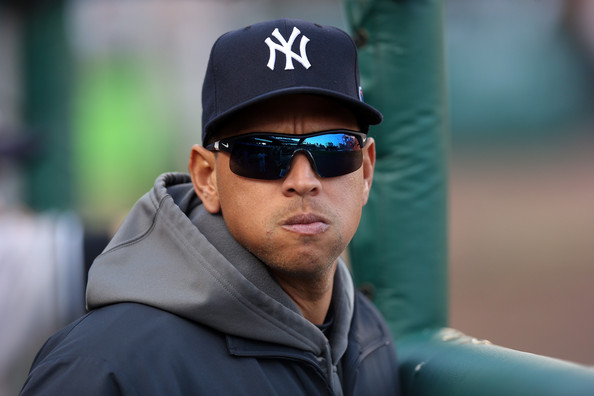 New York Yankee’s star player Alex Rodriguez was suspended for 211 games on Mondays for purchasing PEDs from the Miami-based Biogenesis clinic and then trying to obstruct MLB’s investigation of his purchases.

What did media and fans think? Was it too harsh? Not harsh enough? Read below to see how others reacted to Rodriguez’s suspension.

So Alex Rodriguez is banned through 2014, yet may still play. Ugh. This guy is trying to stick around forever, like herpes. #Delirious

Interesting that @AROD didn’t plead innocence in his statement, only said the penalty was unjust. But hey, he wants PEDs out of the game! — Cole Claybourn (@ColeClaybourn) August 5, 2013

No Alex Rodriguez I believe that the commisioner did act appropriately and that your cheating self is lucky to play in 2015. — Jeff Long (@TigerbloodJL) August 5, 2013

What Alex Rodriguez did was wrong he lied about his PED use..but to ban him for this year and all of next year is a bit harsh IMO

Alex Rodriguez is getting off easy, it should be a life time ban. I guess betting on your team to win is worse than using PED’s.

According to a press release by MLB, Rodriguez’s discipline under the Joint Drug Prevention and Treatment Program is based on his use and possession of numerous forms of prohibited performance-enhancing substances, including Testosterone and human Growth Hormone, over the course of multiple years. Rodriguez’s discipline under the Basic Agreement is for attempting to cover-up his violations of the Program by engaging in a course of conduct intended to obstruct and frustrate the Office of the Commissioner’s investigation.