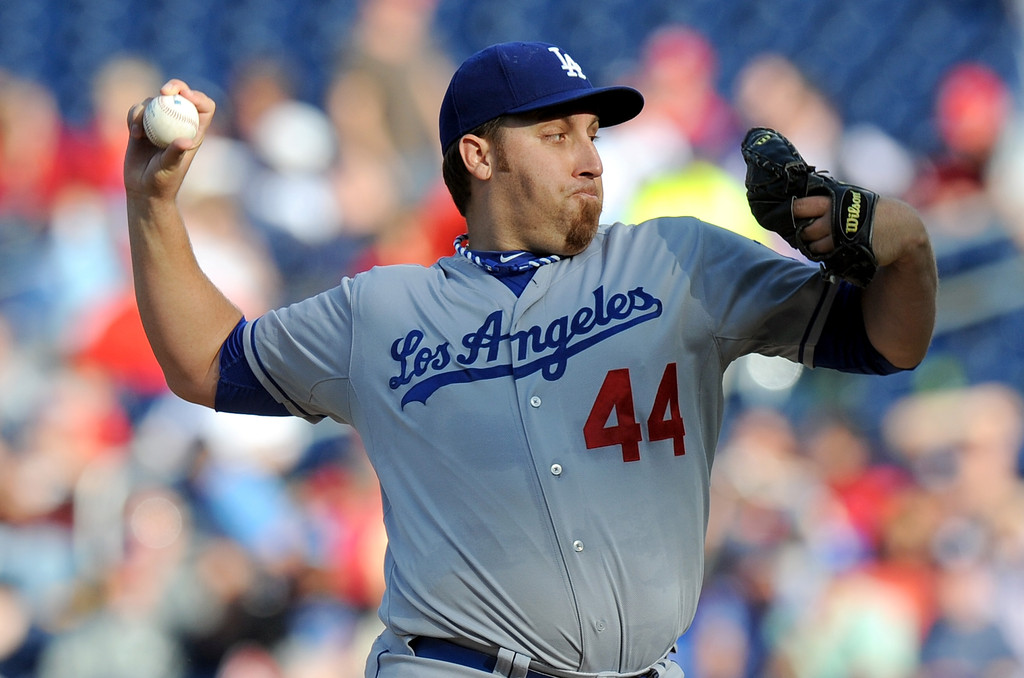 Both teams had been trying to trade the pieces that did not fit into their active roster. Harang had been sent to the Dodgers bullpen to open the season while Hernandez failed to win a job on the Rockies roster.

The Dodgers will use Hernandez as their backup catcher behind A.J. Ellis while the future is less clear for Harang. FOX Sports’ Ken Rosenthal says that the Rockies are not expected to keep the pitcher. (They have designated him for assignment)

Source says #Rockies have a few teams interested in Harang, will play it out. Perhaps #RedSox will become option with injury to Lackey.

As Rosenthal pointed out Lackey did leave his Saturday start with an apparent injury to his pitching arm.

Harang has not appeared in a game.