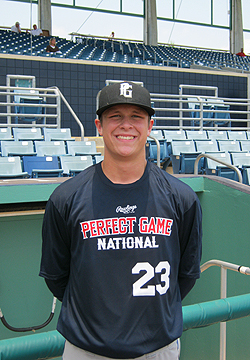 The 2012 fifth-round pick of the Cincinnati Reds is in stable condition after a single vehicle accident claimed the life of his father.

Mason Felt, 18, was driving his Ford F-150 when he began to drift off the road. According to police, Mason Felt attempted to overcorrect and then went through both lanes of traffic into the center median before overturning his truck.

Felt’s father, Richard, was pronounced dead at the scene. The elder Felt was 51-years old and not wearing his seatbelt. He spent time in the Los Angeles Dodgers organization from 1980-1985.

The accident occurred in Texas on Interstate 10, sometime after 10 a.m. Sunday.

The Reds signed Mason Felt after selecting him with the 172nd overall pick. He signed with the team for $317,800 instead of attending Oregon State which had offered him a baseball scholarship.

The 6-foot-3, 200-pound southpaw earned first-team all-state honors as a junior after going 11-1 with a 1.50 earned run average which at Hebron Christian Academy high school. He pitched in 13 games and 70 innings, tallying 122 strikeouts and tossed 10 complete games.