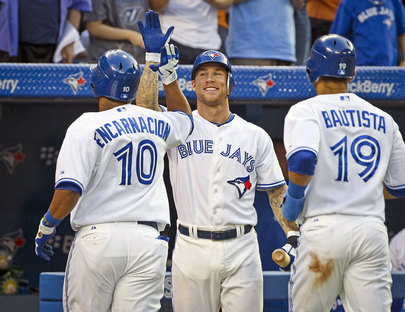 The Toronto Blue Jays have been bolstering their roster this winter. Thus far the Blue Jays have signed Melky Cabrera to a two year contract and are awaiting the approval of a trade with the Miami Marlins. That trade would gain them Jose Reyes, Josh Johnson and Mark Buehrle among others.

Yet, the Blue Jays do not have a manger yet.

That may change soon. Reports say that the Blue Jays are close to announcing their next manager. The two finalist for the position appear to be Jim Tracy and Jim Riggleman. Tracy managed the Colorado Rockies to a franchise-worst 64 wins this season. Riggleman last managed the Washington Nationals in 2011 but left after the team would not extend his contract. He spent 2012 managing the Reds’ Double-A team.